Lesotho: The Kingdom in the Sky 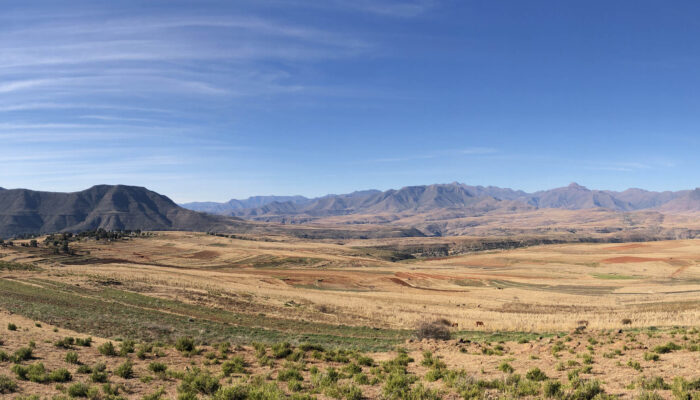 Landlocked and completely encircled by South Africa is The Kingdom of Lesotho, a mountainous country known as the ‘Kingdom in the Sky’ because of its high altitude. Lesotho is the only country in the world where its entire territory is above 1000m, in fact its lowest point is actually 1400m!

The views are spectacular as the country consists of a geological network of rivers and mountain ranges including the 3,482m-high peak of Thabana Ntlenyana. It’s certainly not a rich country, in fact you’ll see what desperate poverty looks like. Lesotho has around 300 days of sunshine per year. The rainy season is April to October when around 70mm of rain may fall. Between May and September the night time temperatures will fall below freezing point. There’s very limited infrastructure, so no central heating, air conditioning and even limited use of electricity.