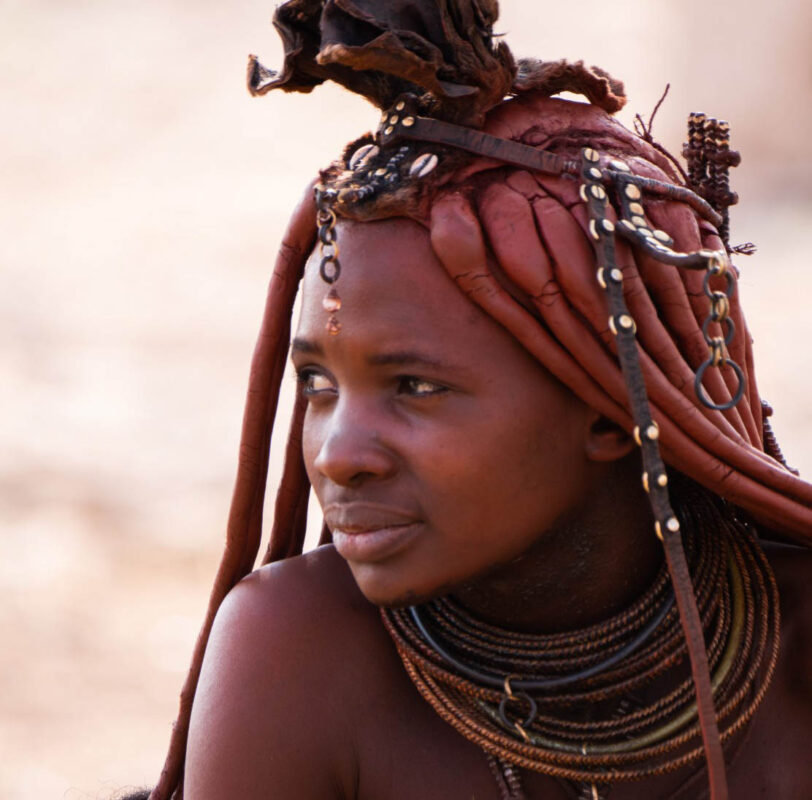 The Himba are a ancient tribe native to the north-west of Namibia in one of the most remote areas of an already mostly arid country. Very few tourists get to visit the actual tribes in the Kunene Region and on the other side of the Kunene River in Angola. Instead, most tourists are treated to Himba settlements close to tourist lodges, where visitors can interact with the villagers.

Visiting a Himba village should definitely be on your bucket list if African culture is one of your interests. The villages consist of simple huts built from branches, thatched roofs, mud and cow dung similar to that of the Masai Tribes. As pastoral nomads, the Himba’s livelihood is mostly reliant on cattle herding, hunting and gathering. The tribes move seasonally in order to find suitable grazing for their livestock.

Men, women and children rub a dark red paste called otjize, a mixture of cattle fat, ash and ochre, into their skin to protect them from the sun. This gives them their distinctive red colour, which is considered highly desirable within the Himba community. Their clothes are made from goat skin, and women have long braided hair, coated with otjize, worked into elaborate styles, and wear jewellery ”“ necklets, anklets and bracelets – formed from iron, copper and shells.

A visit usually lasts a couple of hours and is led by a local guide who also acts as interpreter, allowing you to talk to various members of the community and learn about their day-to-day lives, traditions, beliefs and customs. It’s a fascinating glimpse into a way of life that is so far removed from our own.